As is normally the case, the original developers appointed a manging agent to service the blocks, post-completion, which, initially, worked reasonably well. However, it wasn’t long before cracks started appearing.

Leaseholders quickly became frustrated with the agent, who was neither able to maintain the property or manage the finances. One apartment owner, Kevin McCrystal, together with other fed-up owners, decided that enough was enough and wanted to take control by appointing their block management company.

Knowing that Right to Manage (RTM) first needed to be achieved, Kevin and his neighbours approached Cable Rock to help guide them through the process with the eventual aim of then taking over the management of the apartments.

Due to various complications, not least helped by the incumbent managing agents, RTM was achieved in 2015 and Cable Rock immediately began the process of transferring the responsibilities and the accounts. What greeted them was total chaos.

“The maintenance of St James Heights had really fallen into disrepair, despite year on year increases in management fees. The finances were so poorly managed that leaseholders were also continually being asked to pay further fees in order to cover urgent repairs”.

“Worse still, neither the fire alarm system nor the lifts were working and the general condition of the interior and exterior of the buildings had become shabby. My home was, sadly, no longer a very nice place to live in”.

As well as the poor condition of the flats, Cable Rock also soon discovered that the accounts were in an even worse state. In fact, there were no management records or budgets at all and neither were there any funds in the account. To this day, the former managing agents have been unable, or unwilling, to explain how all the service charges were spent.

Eighteen months on and, thankfully, Cable Rock has restored order. Full management records are now kept and the leaseholders receive regular information on their service charges and the overall position of the budget. Urgent repairs have been made to the lifts, fire alarms systems and roof plus a new secure front door has been installed. A reserve fund is slowly being built and re-decoration work has begun. Monthly site visits have been instigated and Cable Rock even holds an annual AGM, so that the owners can discuss matters face to face.

The leaseholders and residents couldn’t be more pleased with the improvements that Cable Rock has made to their standard of living.

According to Kevin McCrystal;

“The transformation has been remarkable. Not only are the service charges slightly less than before, but also we now no longer are subject to any nasty surprises. Cable Rock manage our budgets extremely well which has allowed us to build a sinking fund to pay for future planned refurbishments and unexpected repairs”.

“Whatsmore, the buildings are beginning to return to the condition when they were first built which now makes St James Heights are very pleasant place to live again”.

“I couldn’t speak more highly of Cable Rock. They provided much needed assistance and support in helping us achieve RTM, and for which they only charged us a nominal £50 fee. What they said they were going to do, they’ve done, and constantly go that extra mile. They are approachable and friendly, making sure that my calls are returned, and, more importantly, have proved to be honest and trustworthy. I would recommend Cable Rock to anyone”. 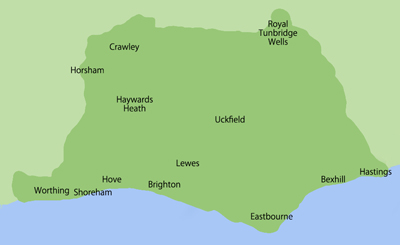